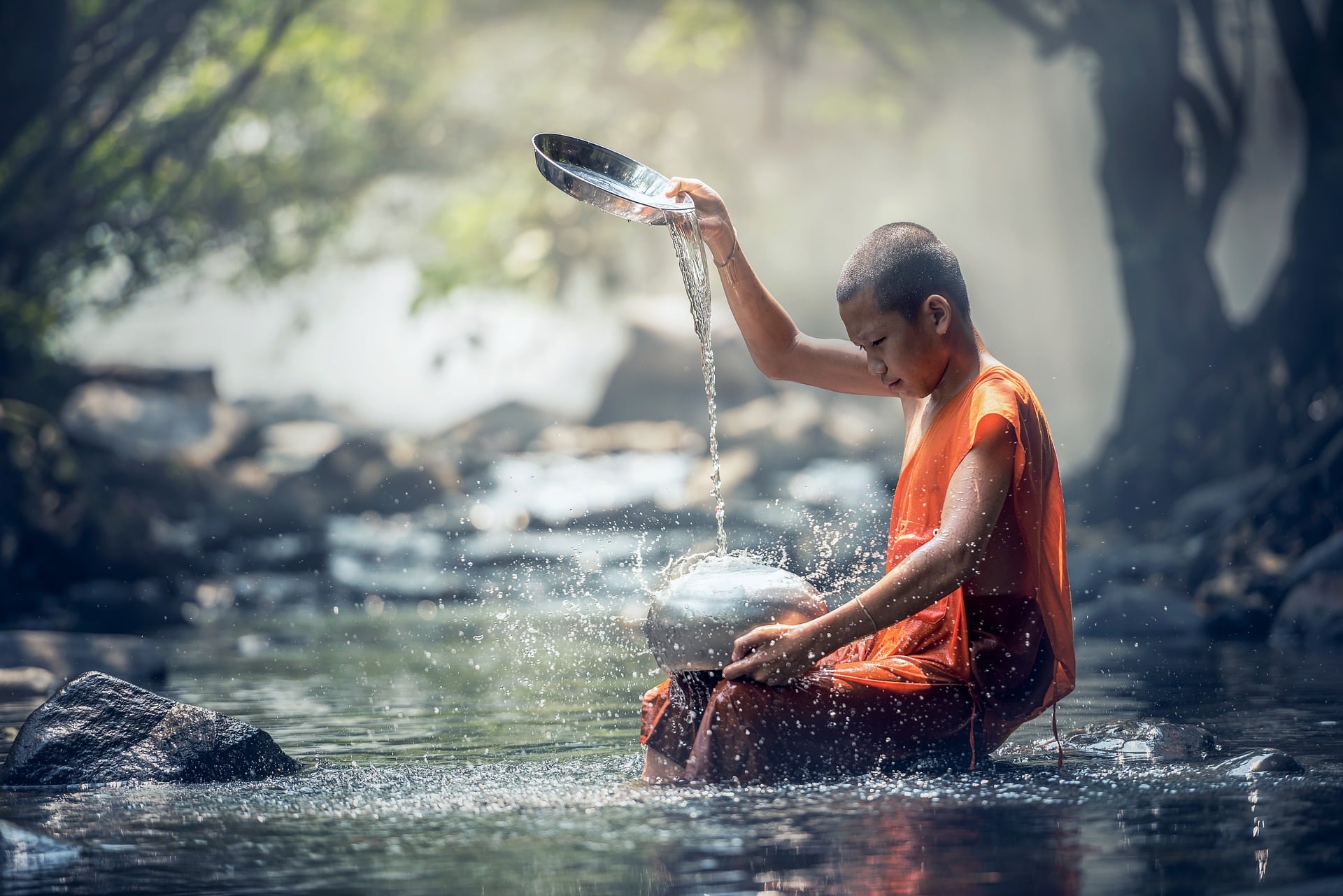 So what is Buddhism anyways? Have you heard about Buddhism but never really understood what it actually is? Here’s a simple 5 minute introduction to help break it down for you.

I personally think there are some great philosophies to live by, and while I’m not Buddhist, I do actively try to live by some of these rules.

Buddhism has approximately 900 million adherents worldwide. Derived from “Buddhi” which means “to awaken”, buddhism was founded about 2,559 years ago when Siddharta Gotama, known as the Buddha, was awakened or enlightened at the age of thirty-five.

Leaning toward “the love of wisdom”, Buddhism is considered more of a philosophy or way of life, rather than religion since it incorporates meditation practices and values to live by.

The Buddhist path can be summed up as:

How Can Buddhism Help Me?

Through its philosophy, Buddhism helps to explain the purpose of life and offers an explanation for injustice and inequality. It also provides a code of practice or way of life that can lead to true inner happiness.

Why Is Buddhism Becoming Popular?

With its deep understanding of the human mind, Buddhism incorporates natural therapies such as mindfulness meditation. Psychologists and medical practitioners are finding that these techniques are effective antidotes to modern stress which cause more suffering.

Who Is The Buddha?

In 543 B.C., Siddharta Gotama was born into a royal family in Lumphi, now located in Nepal. At the age of 29, he realized the wealth and luxury did not guarantee happiness. So he left his royal heritage behind to pursue the key to human happiness through various teachings, religions and philosophies. After six years of study and meditation, Siddharta Gotama finally discovered The “Middle path” and was enlightened. After enlightenment, he spent the rest of his life teaching the main principle of buddhism called “Dhamma” or the “Truth” until his death at the age of 80. Buddha is not god; rather he was a man who taught a path to Enlightenment based on his experience.

Buddhists pay respect to various images of the Buddha, not to worship or to ask favors of him. A statue of the Buddha with his hand resting gently on his lap and a compassionate smile reminds us that we should cultivate peace and love within ourselves. Prostrating to the statue is an expression of gratitude for the Buddha’s teaching, not an act of religious worship.

Are There Different Types Of Buddhism?

Various types of Buddhism exist from country to country due to different customs and culture. Nevertheless what does not change is the essence of the Buddha’s teaching or ‘Dhamma” in these various forms of Buddhism.

Are Other Religions Wrong?

No. Buddhism agrees with the moral teachings of other religions. However, it goes further by providing a long term purpose for our existence through wisdom and true understanding. Buddhism is all inclusive and is not concerned with labels like Christian, Muslim, Hindu or Buddhist. This is part of the reason why there has never been any war fought in the name of Buddhism. Also, buddhist do not preach or try to convert followers. Rather, buddhism offers a path to understanding your own wisdom.

Buddhism depends more on understanding and knowledge rather than faith. It urges Buddhists to see/test the practices of Buddhism such as the Four Noble Truths. Buddha himself asked his disciples to test his teachings rather than accept his word s the truth without evidence.

What Did The Buddha Teach?

The Buddha taught many things, but basic concepts can be summed up in the Four Noble Thoughts:

The first truth is Suffering. Human existence is based on suffering from birth to aging to death. Throughout life, humans suffer when, for example, they do not get what they want or when they lose loved ones.

The second truth is the Origin of Suffering. Humans are prone to suffering due to passion, greed, hatred, craving and delusion. Sexual desire is the strongest craving; it can detail one’s habit of mindfulness and lead to violence. Today, craving is stronger than in the Buddha’s era, even though the world is “civilized” and has many models of technology. Buddhism teaches that when people follow their passion mindlessly, it leads to the accrual of “Kharmas” and to rebirth.

The conclusion is that we need to abandon our attachments, cravings and passions, which cause suffering.

The third truth is the Cessation of Suffering. Buddhism teaches that Suffering can be eliminated by letting go of passion and craving. When one does this through practices such as meditation, it leads to an end of Rebirth and to “Enlightenment”, also called Nirvana.

In summary, there are three groups in the Eight Fold Path:

Chanting is a method of cultivating mindfulness, a tool for helping you ‘wake up’. Please fill out the form below to download a chanting practice you can do too.

Lindsey is the author of A Life Well-Balanced, a lifestyle blog dedicated to helping people live a more balanced life – physically, emotionally, mentally and spiritually.